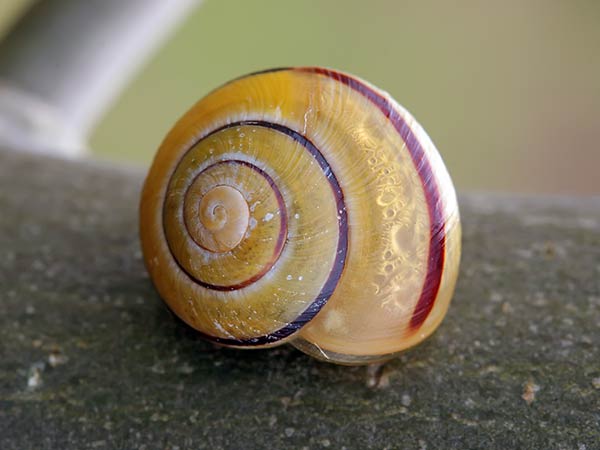 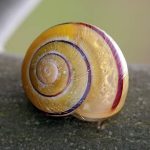 The Major had realized, brushing his moustache with the back of his hand, that he knew us. Or rather, my husband. They had been together somewhere, I didn’t catch the name, but it was hot. The two men sighed in unison remembering how the sand burned the soles of their feet through their boots, how the sweat trickled from the roots of their hair all the way down to their stiff collars.

‘M’wife,’ he said. She was thin and tall and dark. She wore several cardigans over a jersey and beneath that a cotton shirt. Her skirt was long, floral and too summery for this cold autumn weather. What struck me most were her feet; large in heavy, mud-clogged boots.

I smiled at her and held out my hand.  She stood there silently, looking beyond us to where the French windows led onto the terrace.

I took away my hand, but I still smiled.

The room was too hot. I reached behind me and felt the radiator; there was paper and kindling in the fireplace waiting to be lit.

A fat sofa and two fat chairs in icy chintz. Some school team photos on the wall; crossed oars in one, in another a small boy nursing a rugby ball. A wedding photo on the mantelpiece; the Major younger, his moustache bushier and his wife, smiling with her eyes as well as her mouth, holding hands as they stepped towards the camera under an arch of swords. And another of a young man in dress uniform; standing straight, staring into the camera as if it were the barrel of a gun.

As the Major led my husband off to some masculine hidey-hole he said, over his shoulder to his wife, ‘show her the garden.’

The sun was dipping in and out behind racing clouds and the wind was sharp. I envied her the cardigans, but not the floral skirt that wrapped itself around her knees and picked up mud from the wellington boots.

As she passed between dripping shrubs, she twisted off seed pods and threw them to the ground. She tugged at the rose bushes and hacked off a sucker with a pair of rusty secateurs. ‘Murderer,’ she said.

‘Have you lived here long?’ I asked

She nodded again, but it was meaningless. I don’t think she was listening to me, or even saw me.

The clouds had settled and were covering the valley in rain. I could see nothing ahead but uncut grass and a dank hedge. I was cold, but so must she be. I looked back at the  house. The major appeared at the window, smiling and beckoning. ‘I think we are being called in.’

She turned on her heel, the wet skirt tangling about her boots.  I was stiff with cold and my feet were damp and slippery in my shoes. I walked beside her but I could think of nothing to say.  If only I knew more about flowers. Their colours would have been extraordinary if the sun had been shining; bright pinks and reds. But the poppies and peonies bordering the path had been slammed into the earth by the wind and rain.

We walked back across the terrace between thick lines of Lavender and Rosemary. She picked a sprig and rubbed it between her fingers. Her eyes were focused far away. I did the same, the scent was strong and I thought of Ophelia and Rue, and Remembrance.

Inside it was hot and dry; there was a trace of cigarette smoke in the air and a companionable scraping sound as the Major and my husband pulled their chairs nearer the fire

I perched uneasily on the hard, flat sofa. It couldn’t have been sat on often; there were no dents in the cushions, no rubbed fabric on the armrests.  The major pulled apart a nest of tables and put one by each of us. There he placed a plate with a silver fruit knife and then a slice of cake.  The cake had not come from the kitchen; it was an oblong of damp fruit, still in its cellophane wrapper.

The major put a cup of tea on the table beside his wife. The cup was small and fragile in his large hand with the whiskery knuckles. He touched her shoulder. ‘You’re drenched.’ When she said nothing he went on, ‘at least take those boots off, your feet must be freezing.’

The atmosphere altered in the way that the mood of a film does when the music changes and you know something bad is about to happen. His wife stood up and in an instant she had gone;back into the garden and the rain.

‘Loves her garden,’ the major said. ‘Can’t keep her indoors. At least not in the same room as me.’ He looked down, squashing a small lump of cake between his fingers. ‘Been like this for twenty three years.’

I caught my husband’s eye. I wanted to say, how can he be so precise?

My husband, an army man like the major, liked blunt-speaking and cutting the cackle to get to the horses. He said ‘Like what?’

‘Separate lives,’ the major went on, looking down into his lap, an extra reddening of shame on his cheeks.

I shook my head at my husband, but  it was the Major who spoke. ‘You were a good friend,’ he said.  ‘A good friend when it counted.’

My husband, now reddening himself, looked down.

The major turned to me.  ‘Tight spot. Your man saved me.’

Now, it was I who looked down. Why is it we cannot cope with approval or praise?

‘Anyway I can help?’ My husband asked. I thought, what can you do now, in your sixties, that can rate with saving a man’s life?

I must have looked, as I felt, horrified.

‘Not my fault, hers.’ The major said to me as if I were the only one who needed an explanation.

I caught me husband’s eye.  ‘We should go,’ I mouthed at him, but he was listening to the Major as if his story had no relevance; as if it were on the radio, spoken by an actor.

‘Brought him up namby-pamby,’ he said.  ‘Piano-playing of all things. Spent hours with him tinkling away.’

‘I think the rain is easing,’ I said. ‘I’d love to have another look at the garden.’

I found her beside the hedge, knee deep in the grass. The wind had dropped and the air was hushed, waiting.

‘He told you?’ she asked. She was looking out over the hedge. ‘He tells everybody.’

‘What did he say?

‘That you bought your son a piano. ’ I smiled at her. ‘Surely that was good if he was musical.’

‘I used to play. My husband didn’t like it; said I didn’t love him enough to make sacrifices.’

She was twisting a feathery grass in her fingers, tying it in knots. ‘He burned the piano.’

I had nothing to say. Such brutal punishment.

‘Our son was five when I bought another.  He loved music.’ she looked straight at me, her eyes dry, her face smooth; not a frown, not a tear. ‘My husband said  I was ‘alienating his son’s affections’.’ The secateurs bit though a feathery outgrowth. She kicked it off the path.

‘Why did you marry?’ I asked. It was impertinent, but I could see no join between these two; the tall, thin woman with her clothes flapping round her and the stubby little man with trouser  creases ironed in, shoes glowing.

‘But there must have been some love,’ I said, thinking of the boy.

Yes,’ she was talking to herself, ‘our son had beautiful hands. Gentle on the keys, but strong.’

‘How did it happen?’ I asked, though I knew where the sadness lay.

She said, ‘joined his father’s regiment. No “Goodbye”. Closed the lid of the piano and left.’

She paused and I followed her eyes down to a snail clamped to the paving at the head of a silvery comma.

‘An accident?’ I asked.  Perhaps, I thought, like her husband, it would help her to tell someone.

The heel of her heavy boot ground down onto the snail.  ‘No accident.’

In answer to my silence she looked back towards the house; towards the ruddy flow of light seeping  between the curtains.

When we were in the car, my husband said, ‘strange set up that, you could cut the air with a knife.’

‘That photograph of the boy. His only child.’

‘Shot himself. The major says it was an accident, cleaning his rifle. Must know it was suicide. Blames her, of course, for bringing the boy up to  be arty. Did she say anything about it?’

On top of the image of a young man peering down the muzzle of a rifle, I saw his mother’ heel grinding the snail into the path. ‘Not much.’ I said.