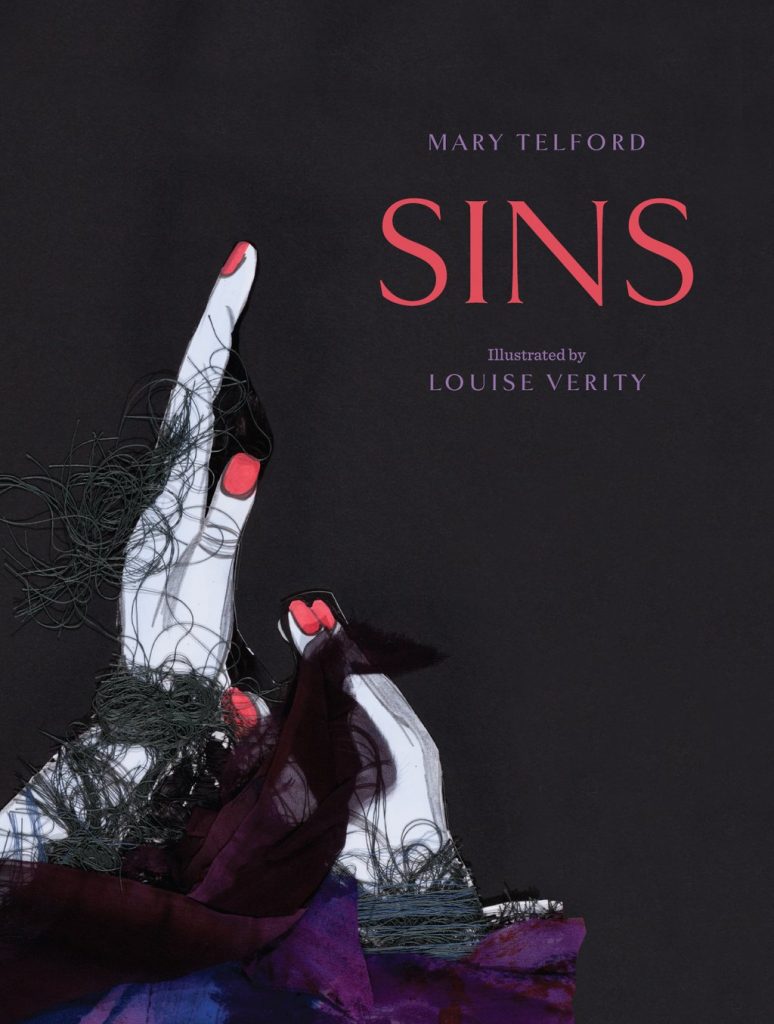 The ancient Seven Deadly Sins are still among us, though wearing modern dress.

This graphic fable is conceived as a collection illustrating Envy, Pride, Avarice, Sloth, Gluttony, Anger and Lust. The drawings and collages illuminate the foibles and wickedness described; from perpetrator to victim, no-one can hide.

Listen to a Radio London interview with Mary Telford about Sins.

Listen to an RTE Radio 1 interview with Mary Telford about Sins.