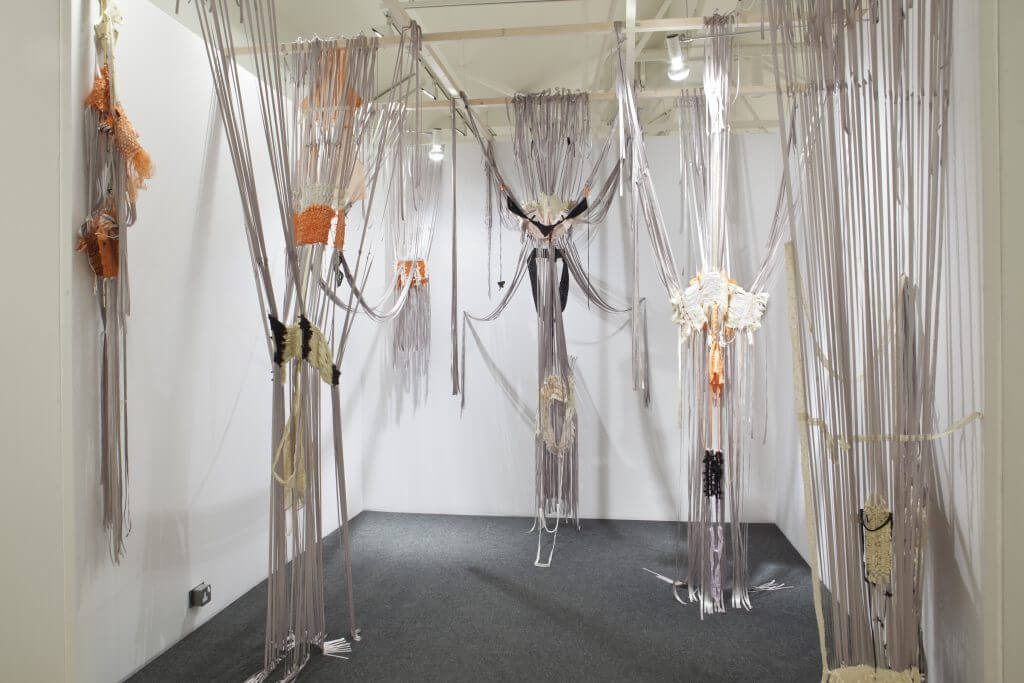 Offerings had a very strong subjective effect on me; a frisson caused by the intermingling of delight and fear. The piece is seductive and draws the observer in; however, by moving through it they became an active participant; either victim or predator. The arrangement is tactile and seductive. The intimate clothes used may have been deconstructed but they still carry a strong association with femininity. And therein lies Offerings’ power; it is a trap disguised as an invitation; like an exotic plant that feeds on the insects it attracts.