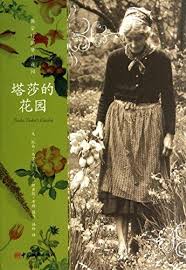 I found an email in my Junk Box. It was from a Grace Ng and about a possible job.
I wrote back, hoping she hadn’t given up or found another mature model. I wanted the assignment: a shoot fulfilling her wish to redress her beloved grandmother’s lack of a childhood. This was intriguing – I am a grandmother and my childhood has informed my life. 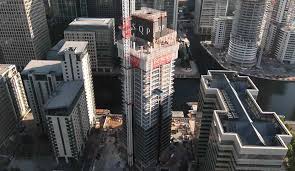 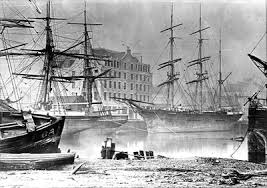 Once it had been crowded with sweating dock workers, rows of back-to-back houses, pubs and corner shops while elegant Georgian houses, owned by Merchant Navy captains, overlooked the tall ships waiting to unload their cargo. 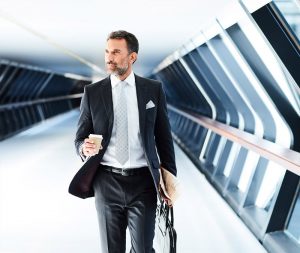 At 8.30am South Quay is crowded and purposeful, like bees exiting a hive, or ants a nest. I arrived for the shoot just in time to see these sweet-smelling metro males; black trousers, smart jackets, grandad shirts, scurrying en masse to the DLR, to the Overground; their cars and taxis swooping into Canary Wharf.

I stood in an empty square looking up, up, up at the sharp cornered structures that filled the space like arrows in a quiver. 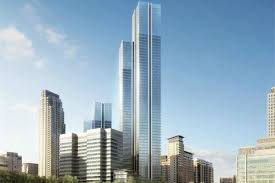 I had the photographer’s address but no-one in any of the few shops, including an estate agent, could tell me where it was. I had the stylistst’s phone number, but she was in a taxi, so couldn’t help.

The photographer lived in a tower. Up in a lift twenty-two floors. The flat in darkness; no windows, no lights. ‘Bulbs have gone.’

All shoots are different, all are fun and all are hard work. This had its own peculiarities: the fitting room was about eight foot square, all hugger-mugger. Three chairs for four of us and a clothes rail. A lap-top, a television, a coffee table and miles of cable. It was a lair.

The corridor that wound around two sharp bends had no windows and no lights. The lavatory did not flush; there was no lavatory paper, no water from the taps.
It had to be better outside.

However, the photographer was a delight; calm and helpful, despite our colonising his flat. 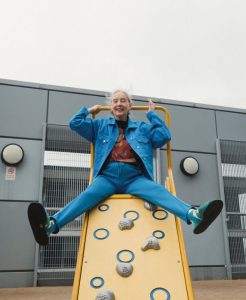 Our first scene was a playground on the twenty-third floor: a concrete path between concrete tubs filled with dead plants. The high walls were pierced by small portholes; there was one slide and no children. Looking up, I was reminded of ‘that little tent of blue which prisoners call the sky’ and wondered if wistful-eyed children ever played there.

Back at ground level I was very small standing alone in the middle of all that concrete and glass. 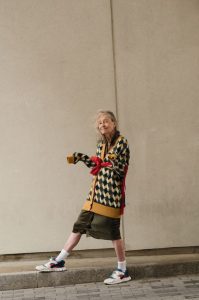 During the shoot, traces of South Quay’s previous life shone through: a few yards of paving stops abruptly as it hits a street of Victorian cottages. 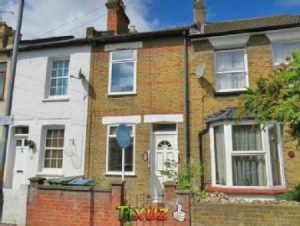 Peaked roofs, bay widows, tiled paths and dustbins tucked away. I wondered if it had survived, as outlandish as a film set on the moon, because somebody demanded it stay, chained themselves to the front gate determined to keep this reminder of how life used to be: our feet on the ground, our children playing within sight.

And the washing in the back yard, flapping like sails.

Next stop an outdoor playground. It was about ten metres square. A slide, a climbing net, a seesaw. And one child, two years old, celebrating her birthday with her mother – all alone except for us. 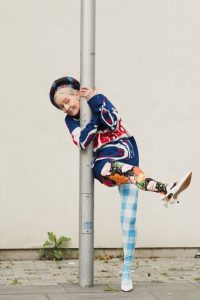 ‘You really don’t mind being watched?’ The stylist asked.
‘Not in the least,’ I said. ‘I don’t notice anything.’ 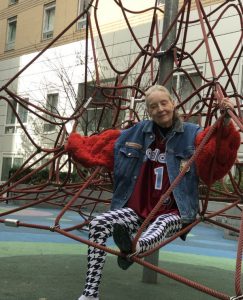 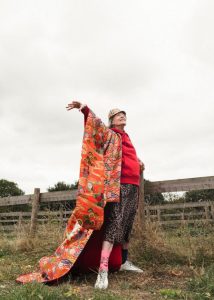 The last scene to be shot was the Farm. We had not believed the photographer when he promised us this. But we ducked under the Overground and crossed a busy road and there it was: a real field, with real grass. Behind us the steel and glass blocks rose into the sky, but in front there was a wooden fence, grey with lichen, then a rim of trees and a path rutted by tractors leading over the edge of the world.

We walk back to the flat; happy with the way the shoot had gone and on the way, at 3.30, like a conjuring trick, the streets were full and noisy again; with children; big, small, fat, thin, with uniforms or without filling the streets. Running, jumping and shouting. All the colours, shapes and sizes of this kaleidoscopic city. 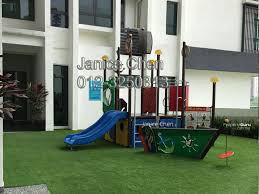 I turn, and they’ve gone. Once more there is silence, empty spaces. And the small playgrounds, dwarfed at the bottom of the towering blocks; out of reach, out of sight and out of sound, are empty.