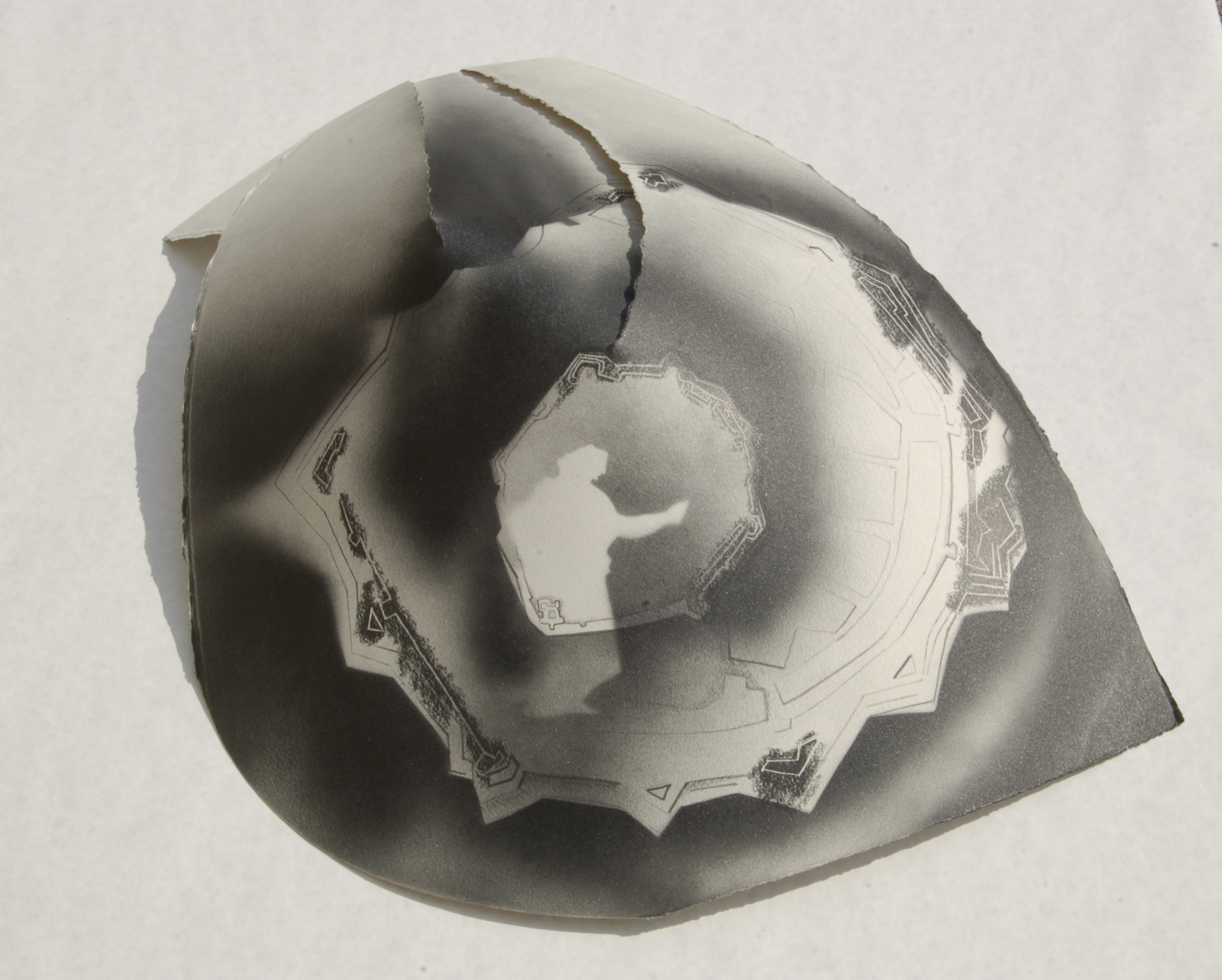 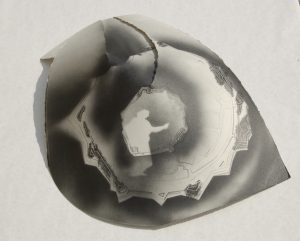 Colours change;  rose pink, ink-blue, red, ochre, each in their turn predominates; it is like hearing a musician playing with a melody and with a series of chords, re-making them, but always connecting each with each. 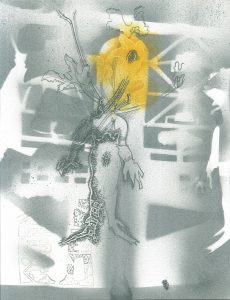 There are iconic figures that haunt her work; that sit, stand and walk through the sketch books and come to rest, gesticulating, decorative, tantalising, in the drawings. There are images that develop from an idea, a feeling, into something stronger and perennially fascinating: The water towers on the roof tops of New York; the Mandrake root, the giant onion. Islands and boundaries fascinate her, and edges; of walled cities, of water, of buildings. She uses space as significantly and powerfully as the forms she places within it.

Each series can connect with another in your mind. You can follow a history or a tale; something that could have happened in real time in a real place, and equally could be entirely in her imagination. However the images arrive on the paper, they are based on scrupulous observation and delicate, accurate drawing. 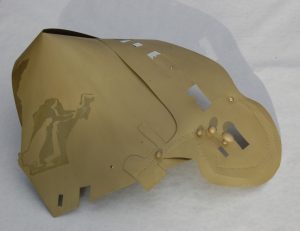 Moving into the three-dimension, folded zinc, peaked like volcanoes, these sculptures are of all sizes and colours. They can sit like an archipelago on the floor, or hang like shields on a wall. Look closely – they are engraved with a subtle delineation of place and person, as delicately and mysteriously as are the drawings.

It is hard to describe her style; perfect drawing, yet not pinned too closely to the real, allowing imaginary traits to appear.  The use of spray paints is perfectly integrated into the drawings. The colours are carefully, sparingly, used to great effect; then the sudden appearance of symbols from another series, almost hidden but visible to the studious eye to discover, usually with her help. There is more than meets the eye to these images and sometimes it is part of the pleasure to have their stories explained. 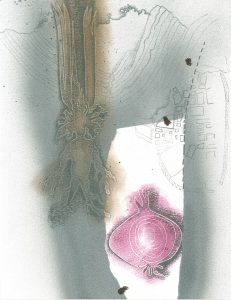 There are instances of pure joie de vivre – South Coast Kite Flying – where the cut out paper shapes spring out like wings and, later, the development of fold-out pages, and with pages it is a short step to incorporating words, poems. The ultimate example of all these virtues, the wit, the joy, the skill and the imagination, find their apogee in The Bubbles.  So many of them; clustering on the floor, drifting up the wall, hanging to the ceiling, floating from one end of the room to the other; individual worlds that spread their lightness and mystery around us. 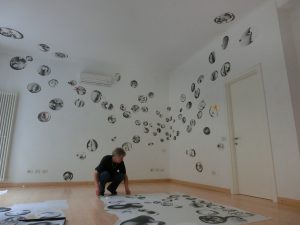