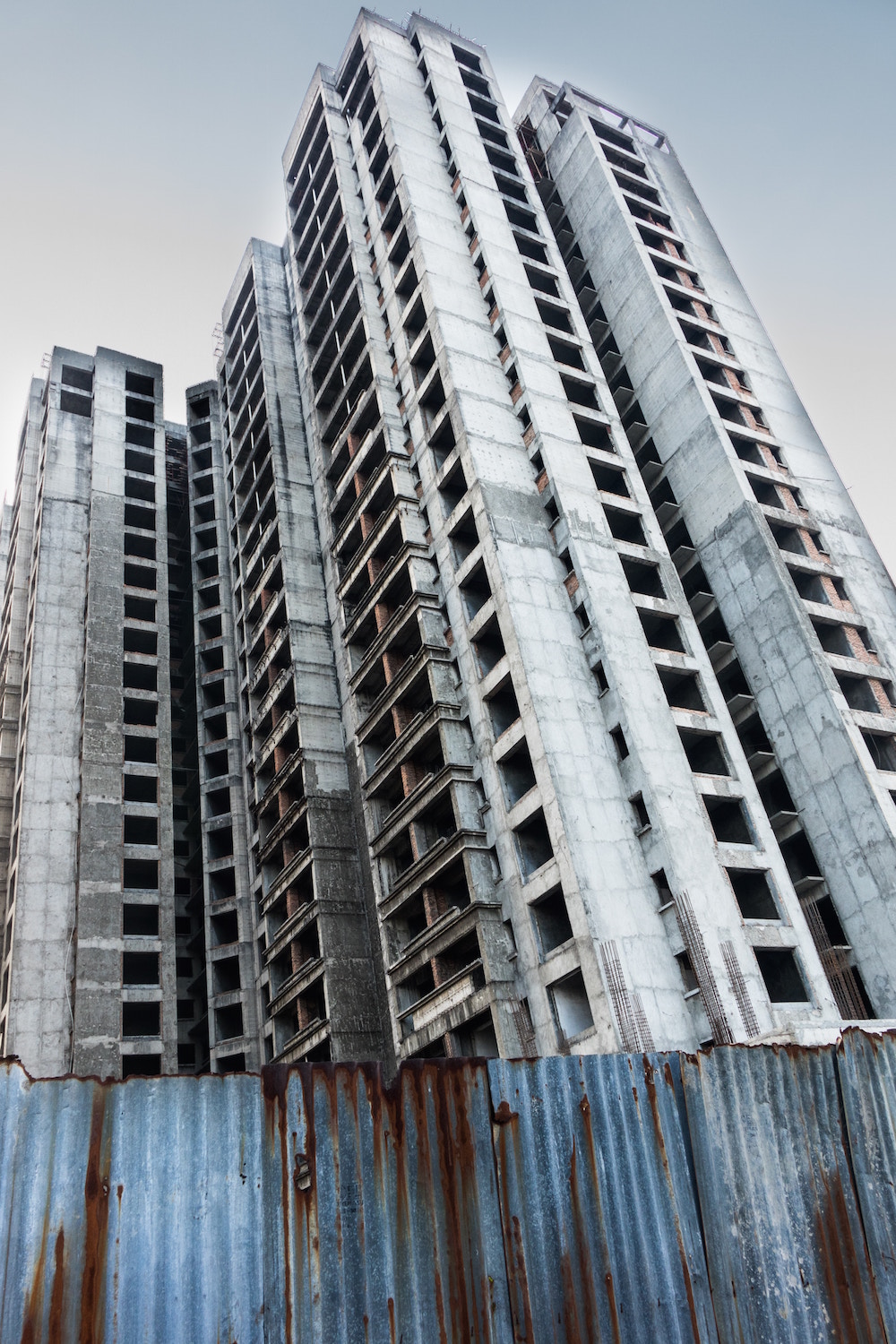 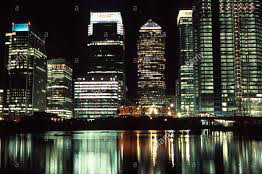 Here is an account of the spaces around a recent shoot; the non-filming side of it. The background was a dystopian world and, this cold, wet, February day, the surrounding blocks seemed soulless and randomly spaced, as if no one thought or cared about how people live.

The views when it got dark were wonderful – amazing light, some newer blocks outlined in changing colours… but oh, it was bleak – except for the pub – that was my favourite part of the whole thing. It was warm and full (even though only with men) and lively and good humoured (presumably West Ham had won…). It was so weird, the whole thing.

The call was for 3.00pm. I didn’t think it would difficult; four hours and £100. Central Line straight to Stratford International on a cold, wet and windy day, wheeling a case of dresses.

First problem, having dragged my case along the endless Stratford tunnels, was to find a taxi. I had the address and a vague idea where the shoot was; too far for me to walk and who knew what buses went there, if any?

I ordered a MYTAXI and stood with my arm in the air as instructed, in the sleet, beside a ring road thrumming with cars. I was wet and cold and far from home.

The driver didn’t know where Lund Point was. Neither did I, despite having found it on the A-Z. That part of London, on a Saturday afternoon, was empty of people but dotted with desolate  buildings. The roads go over and under and beside each other, with no confidence that the routes have been planned to reach a destination. Nor could I see a reason to the placing of the tower blocks; no sense of grouping them around a park or a playground; nor, it seems, was there any need for them to be within reach of shops. There were only the ugly teeth of empty blocks and mine was one of them;  all twenty-two floors of it.

The taxi dropped me off in a dark windswept plaza; the back entrance because, I was sure, he wanted to be a way as quickly as possible. I rang the Director; he came down to the front entrance, didn’t see me, and returned to the 22nd floor. So we started all over again… I walked round the corner to the front to meet the wind and the wet and the Director.

The paintwork had weathered away, the varnish was vanishing from the wooden door; inside it was colder than outside. Barren, deserted; horrible metal gates cutting off the corridors, and drab concrete everywhere. Up in the lift, twenty-two floors till we nestled under the roof in an arctic zone. One flat one side of the corridor, one flat the other. In one, a room was heated with a plug-in radiator in the other, where we would film, there were more radiators. 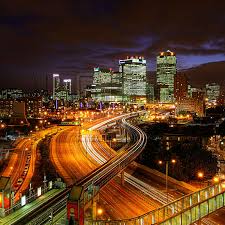 I was handed a hot water bottle and a polyester towelling robe. We sat hunched on our little chairs, hands held over the radiators, hot water bottles burning our stomachs. Cold floor, cold window – huge, one whole wall with a demon-eyed view of the blocks and the roads and the trains worming along their knitted tracks and the cars swishing through the rain and the sky darkening and darkening.

There was no water in the flat. When we (the women) wanted the loo, we formed a raiding party. Down the twenty-two flights, out of the door. Did anyone have a phone to ring when we were back, to bring someone down to open it and let us in? Across the road, the rain beating onto my made-up face and darkening my just-done hair. Into the pub opposite: The Carpenter’s Arms; low, cottage-like and too friendly-looking to be in this expanse of concrete and asphalt.

The bar, almost empty. Two girls swishing mops over the floor. We explained: we are shooting a film in the block and there are no lavatories working would you mind if we used your Ladies? It was fine, the girls said. ‘The football lot will be in at 5.00.’

That was about 4.30. At 6.00 another battle-group was formed. This time the doors to the pub were open and filling them and spilling out of them were men. Football fans from West Ham, holding mugs of beer that were huge; holding them up in the air, holding their phones up in the air. But they let us through. We pushed our way to the Ladies; an arrow-head in white fluffy robes. And, briefly, we were warm. Then back through the wind and the rain to the cold, cold, tower block. 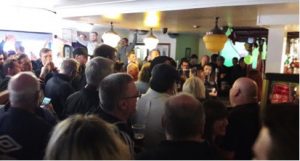 And again at 9.00. This time the men were singing: ‘I’m forever blowing bubbles, pretty bubbles in the air’ and dancing to a group that was parked, squeezed, into a corner. Again, they let us through. They must have been tipsy, if not tight, by then, but not a drip of beer was spilt on us, not one hand touched us, not one remark was made. Somehow we seeped through them as if we were curious, foreign, beasts that were admired for their pelt but left well alone.

The ‘Green Room’, our one warm room in the flat had become colonised. Paper plates with the remains of wraps, were on the windowsill, together with plastic cups of cold tea (we had a kettle) peoples’ spectacles and watches, drooping dresses on plastic hangers. The strange light made us woozy, and the view over tower block, rimmed with light and the rear lights of cars and a splintering of rain dopes on the glass enclosed us in the dystopian world we had come to enact.

It was like a dream by the end. The directors and their team seemed so young but so effective and confident. The costume girl, Nicola, actually built a dress on me, which was fascinating – have since seen Phantom Thread – a sort of similarity. I think they were all working for little more than love.

Tired, faces streaked with runnels of exhaustion, dry, red, eyes, but still active, the team was pinning, measuring, powdering, combing, shifting lights, shifting furniture. I shivered. It was after eleven at night. But at last it was over. And they gave me a taxi all the way home for which I am eternally grateful.